Cage is a two player game, played on a 10x10 checkboard with 50 red and 50 blue checkers.  The board is initially set up as shown in Figure 1.

There are four types of moves in Cage:
1. Restricted
2. Centering
3. Adjoining
4. Jump

RESTRICTION #1
Never place a checker orthogonally (horizontally or vertically) adjacent to a like colored checker.  Not even momentarily during a multi-move turn. 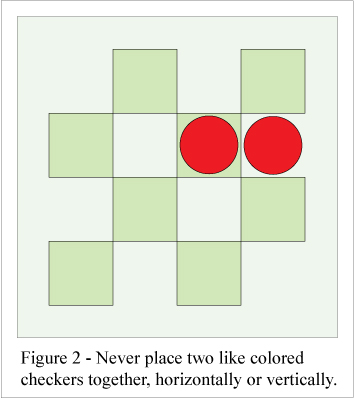 RESTRICTION # 2
Never move a checker that has orthogonal adjacencies with enemy checkers to a square where it doesn't, unless the move is a jump (see the Jump section below).

In Figure 3, Blue's only legal move is a jump. 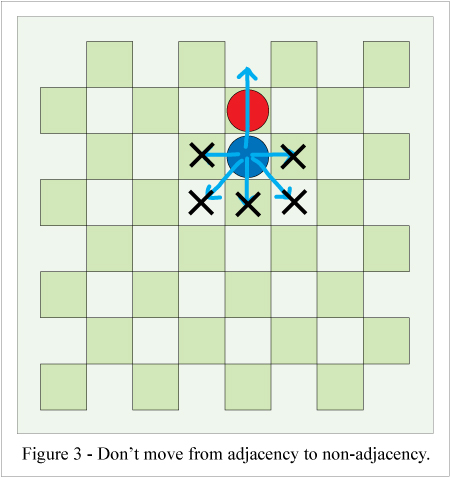 CENTERING MOVE
The centering move is a single-square move to an adjacent (horizontally, vertically, or diagonally), unoccupied square, which brings a checker closer to the center of the board.

NOTE: A centering move reduces the straight line distance from a checker to the center point of the board. 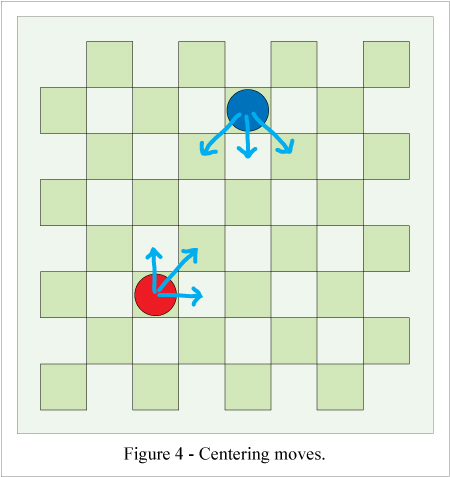 In Figure 5, the squares marked with an X represent illegal moves since they violate restriction #2 described above. 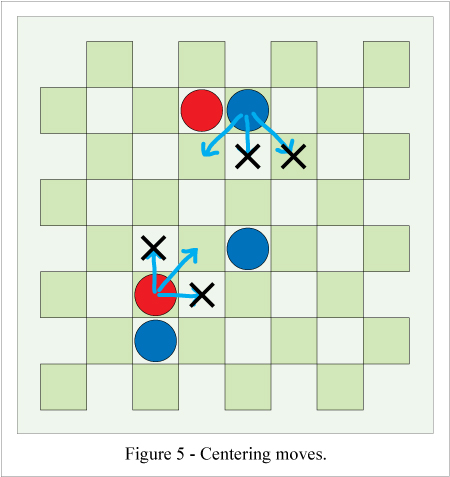 Only one centering move can be made per turn, and it must be the only move of any kind in the turn. 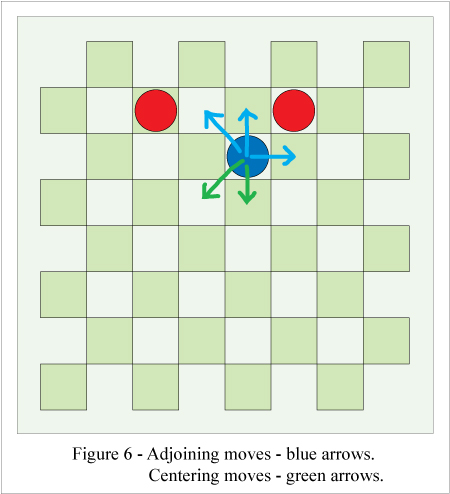 In Figure 7, the squares marked with an X don't qualify as adjoining moves because the blue checker is already adjacent to a red checker.  Blue's only legal moves are a centering move and a jump. 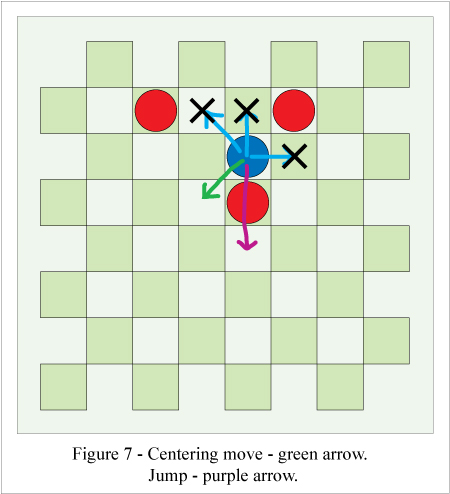 Only one adjoining move can be made per turn, and it must be the only move of any kind in the turn.

In Figure 8, Blue captures the red checker and wins the game. 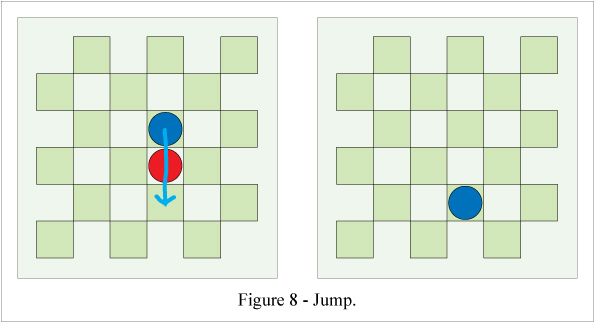 In Figure 9, Red captures the blue checker, removing both checkers from the board, and wins the game. 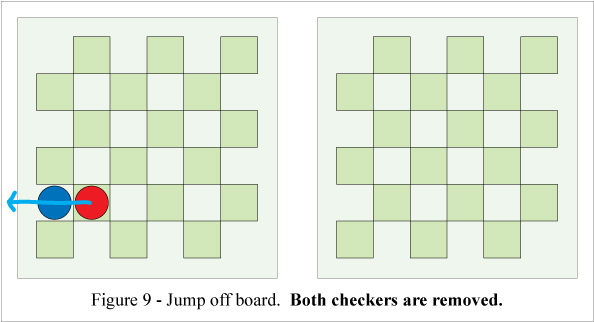 Capturing is not mandatory, as it is in Checkers.  That is, you aren't required to initiate your turn with a jump, unless that's the only type of move you have available.  Once you've made a jump though, you can't make any other type of move during your turn.  And you may be required to make additional jumps while it's still your turn.

If it's possible to use the jumping checker to jump again, you must do so while it's still your turn.  And so on.  Your turn concludes when said jumping checker lands on a square from which no jumps are possible.

As Figure 10 demonstrates, there's no requirement to select the path of maximum capture in a jump sequence. 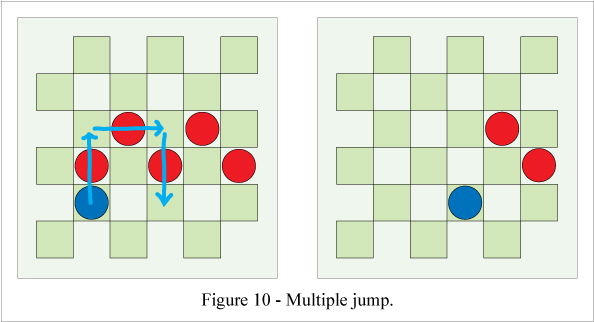 Never jump the same checker more than once.

In Figure 11, Blue can't capture all of the red checkers. 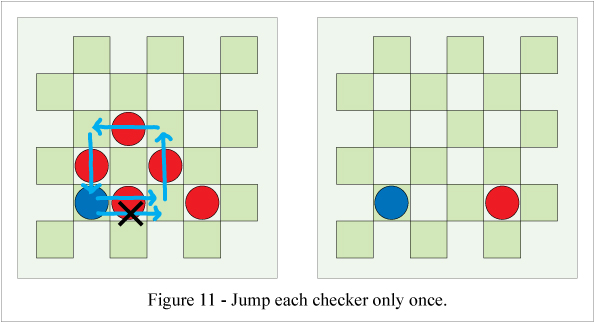 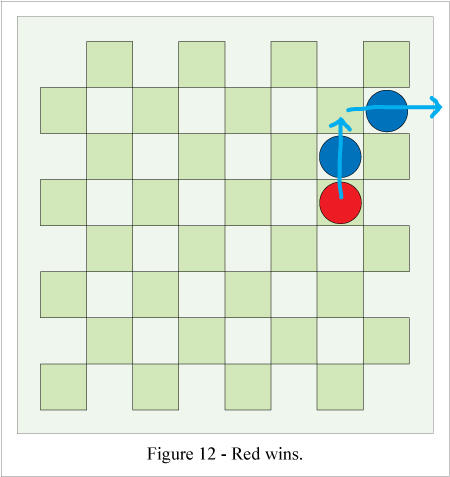 Feel free to publish this rule sheet, and to program the game of Cage for online or offline play. No licensing fee or royalties are expected. However please don’t change the name or the rules, and please attribute the game to me, Mark Steere. My other games can be found at Mark Steere Games.